Stories and updates from our teams, partners and supporters

On the 30th of March, Maitri celebrated the graduation of its sewing course after 9 months of hard work. The sewing centre had started with 26 enrollments last  year. We are glad 12 of these women successfully completed the course despite many challenges and pressures from their families.

Maitri supporters and teams came together to support these women. They had worked hard to create beautiful dresses, learned important skills, and were on the road to gainful employment. The ultimate goal of the program is to empower these women, improving their socio-economic conditions and thereby reduce their vulnerabilities to gender-based violence. 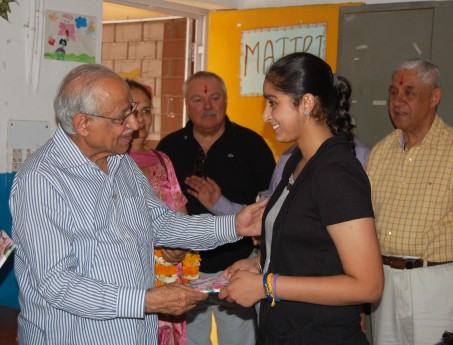 The dresses they had spent so much time laboring over were up on the walls, for all to see. Each woman was presented with a diploma, as well as a personal gift from Maitri in recognition of everything they worked towards. They were overjoyed to be supported and rewarded by Maitri.

After the ceremony, Dr. Ulf Krisstoofferson, Chair Person of Maitri, interacted with the students of Maitri’s Afterschool Program and he applauded their excellent scores in recent exams. There was also a contest for the children with the best drawings. The winning children were happy to each be awarded with prizes. 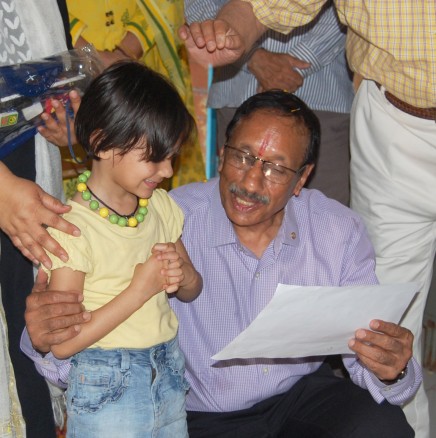 Following these celebrations, the group took to the street. The banging drums announced the start of one the local street plays, performed by Youth Group of the community. The play depicted a story of violence against women.

Afterwards, Dr. Ulf Kristofferson spoke to the crowd. “There is nothing worse than a man who hits his wife,” he said. He commended the crowd, the festivities, and the work of everyone gathered.

To read more about celebrations hosted by Maitri in support of women’s empowerment, check out our post on International Women’s Day.